How to open RAR files on macOS easily

Archivers can significantly save space on your hard drive. On average, the compression level can be up to 30-70%. Therefore, in today's article, we will consider a problem that is urgent for many users – how to open rar files on Mac in both simple and convenient ways.

Also, in addition to practical recommendations on which program to use to open RAR files on Mac, namely Commander One, we will give complete information about what the RAR extension is and the reasons to use it.

How to open RAR files on Mac

Although, by default there is a built-in utility for opening archives in macOS, which somehow simplifies the initial work, however, unfortunately, you will not be able to create or open .rar file on Mac unless you download more powerful .rar files Mac opener.

Let’s take a closer look at this .rar file Mac opener. The app provides impressive support for different archive types both for compression and decompression. With its help you can search through archives without extracting their content, create password protected archives, and use hotkeys to speed up your work with files. Besides that, you can copy/move files from one archive to another as well as delete files and create folders directly inside an archive. 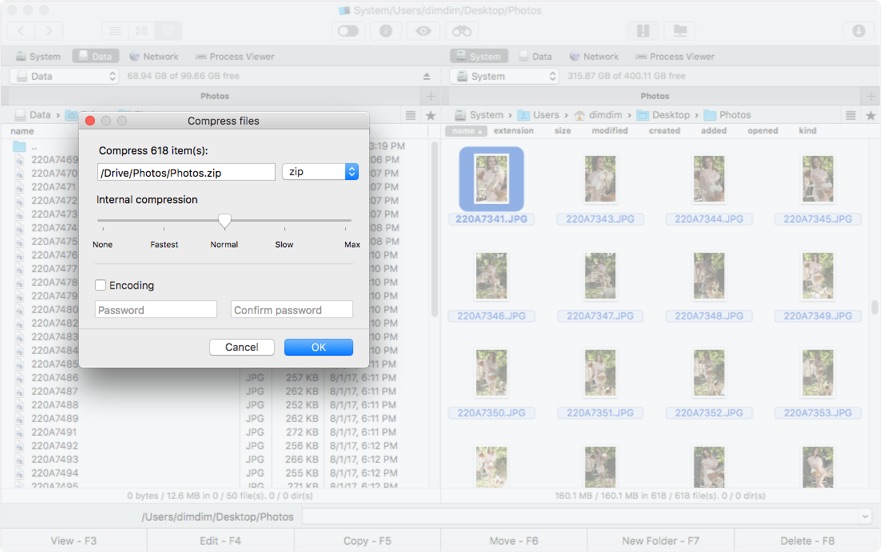 To extract RAR file on Mac via Commander One just follows these simple steps, as the app is very intuitive:
1
Download and run Commander One.
2
Select the RAR file you want to open.
3

Right click on the file and select Extract file. 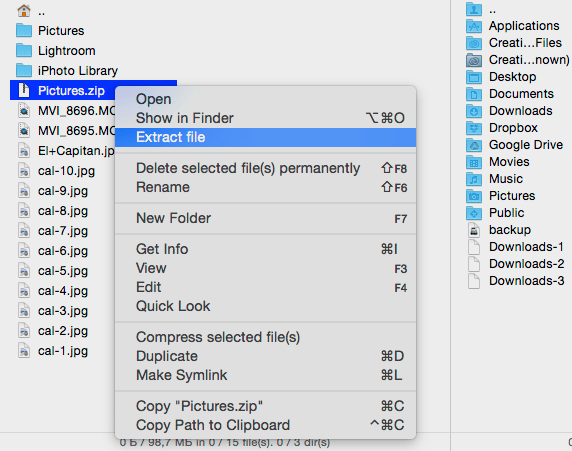 A handy RAR extractor for Mac that can be found in the Mac App Store. In addition, this application supports many different archive formats, both the most popular and the rarest ones. The Unarchiver integrates into the shell of the operating system instead of the built-in tool and works with greater functionality and productivity. However, that is all its functionality. 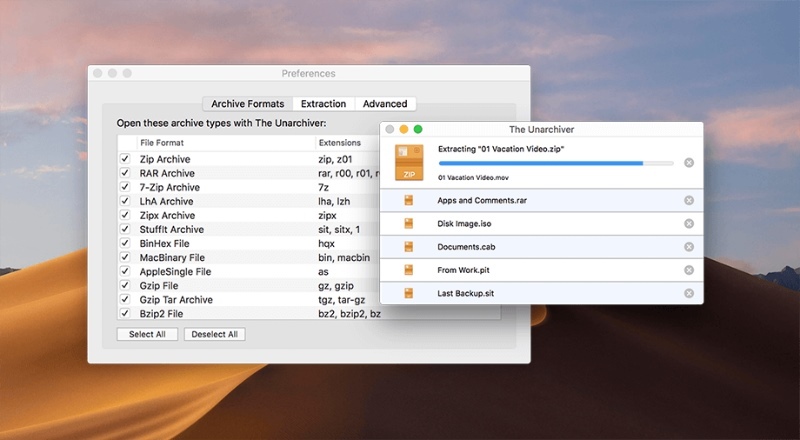 Another unrar Mac program that is often used by macOS users, since it can handle not only RAR but also most of the popular formats, both for compression and decompression. This application can be found in the Mac App Store and installed on your computer with ease. The advantage of this archiver is the ability to split large files into volumes. There is also an option to protect compressed files by setting a password. 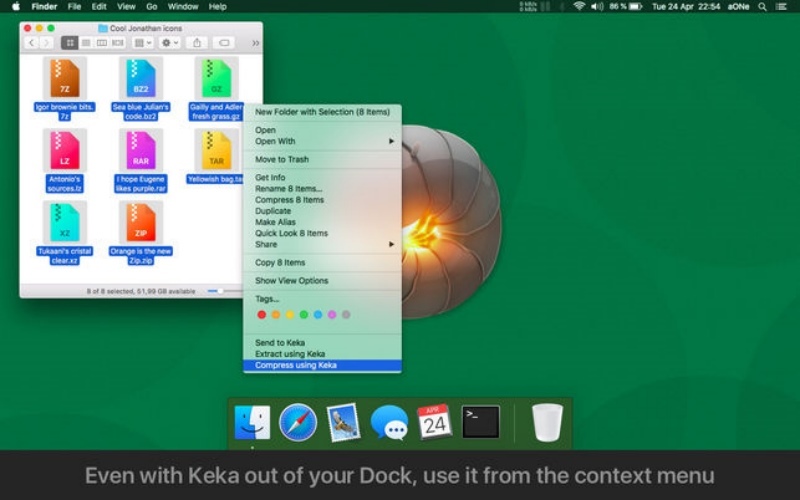 What is a RAR Mac file extension?

RAR stands for Roshal Archive Compressed file and is named after its Russian-born creator Eugene Roshal. Like other archives, RAR contains one or more files or folders. It has become popular for sharing and downloading various types of files because it compresses the contents of a folder to reduce the file size.

Compressing files speeds up downloads and makes file sharing easier. Some RAR files have passwords or are encrypted to protect the files inside. You can usually compress almost any type of file, including images, documents, videos, and software.The main advantage of this format is to save space, since the information is in a "packed" form. Let's list the other advantages of the RAR format:

However, RAR is a proprietary archive format and to open rar on Mac you will need a third-party application.

What are the reasons to use RAR vs ZIP files?

The main reason people use RAR for Mac and other computers is the compression ratio. In general, the RAR format can compress a file much better than when it is done using ZIP format. It means that RAR uses a compression algorithm that is significantly better and more efficient than the DEFLATE compression method used in ZIP. RAR also archives files with smaller sizes compared to ZIP archives, which makes RAR a better alternative than ZIP.

Another nice thing about RAR files is that they can be split into multiple parts. What does it mean? Well, you can split a large file into two or more different RAR files. Besides that, RAR can store NTFS file system attributes (such as streams, full acl permissions, change / access / etc. times) and thus makes it a good full backup tool with decent compression capability. ZIP cannot store any of these other than plain old DOS attributes (read-only, hidden, system).

In addition, RAR supports reliable archiving, which improves the compression ratio if there are many small files in the archive. There are also data redundancy and error correction methods that you can use to repair corrupted Mac RAR archives (for example, corrupted due to transmission errors or bad sectors). Still there is a so-called “problem” with opening.rar files on Mac. Namely, you need to use third-party RAR opener Mac tools.

MacOS users sooner or later ask themselves the question of finding and choosing the best archiver for their computer. It is with the help of such programs that various documents in the formats RAR, 7Z, GZIP, etc. are unpacked. So in order to work easily and not create problems for yourself because of the archiver, you need to choose it correctly.In this article we have gathered useful information about .rar format, namely how to open .rar on Mac computers and what are the most convenient RAR file Mac solutions.

The RAR format is proprietary, so it's no surprise that Mac systems don't come with a built-in utility to handle them. However, after installing third-party RAR extractor Mac tools you can seamlessly handle RAR archives on your Mac computer.

3. What is the best RAR extractor for Mac?

4. What's the difference between RAR and ZIP?

ZIP is the most widely used file format aimed for lossless data compression and has been in use longer than RAR. However, RAR has a better compression rate, better encryption, and a lower data loss rate. The ZIP format has been in use for quite some time, making it a little more popular than RAR, but RAR certainly has an edge over ZIP when it comes to speed and efficiency.

Try the best file manager for Mac – Commander One