Smart Switch is an official Samsung utility used to transfer data, backup, restore or sync your Samsung device. Although Smart Switch is easy to use and convenient, it only works if your device is Samsung. If you are using a device of other brands, try MacDroid or similar software. For your convenience, we’ve compiled the best Smart Switch alternatives in this article. 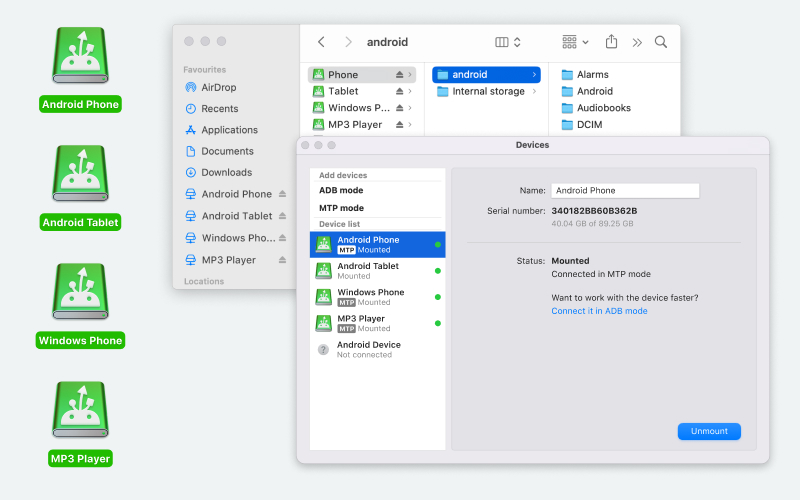 What is the Samsung Smart Switch App?

Samsung Smart Switch is an application that allows users to transfer contacts, music, messages, app settings to Samsung devices. If you have been using Samsung devices for a long time, you probably know that Samsung had a special tool - Kies to manage devices. When the tool became obsolete, Samsung replaced it with Smart Switch.

Samsung Smart Switch is available for both mobile and desktop. You can easily transfer mobile data with the Smart Switch app, or use the Windows/Mac app to backup your Samsung or restore existing backups. Let's take a closer look at what Smart Switch can be used for: 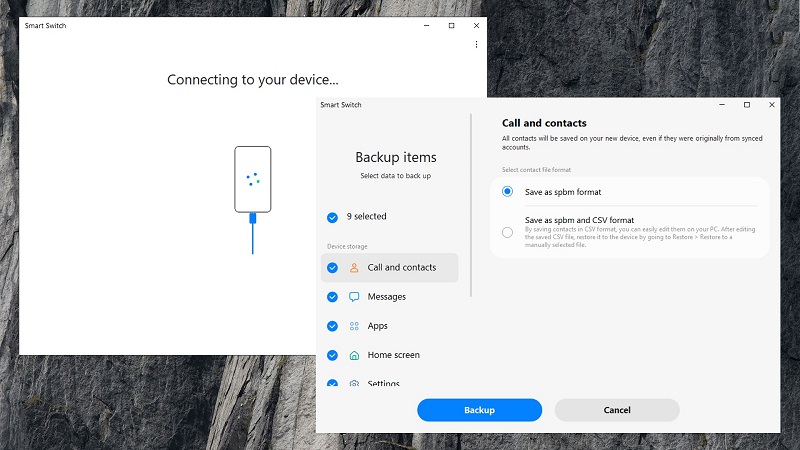 Despite all the useful features that the Samsung Smart Switch offers, it still has some disadvantages. Below you will find the most common issues that users may encounter while using Smart Switch.

The target phone should be a Samsung. You can only use Smart Switch if you need to transfer data to Samsung. If your target phone is LG, iPhone, or another brand phone, you will have to look for an alternative.

Issues recognizing an iOS device. You may encounter connection problems. Users mostly complain that the app detects the connected iPhone only after a few attempts.

Data compatibility issues. Smart Switch does not support many files and applications. So, users may experience that Samsung will not be able to open the files that you have moved to it.

No data preview. The Smart Switch app does not allow you to preview data before recovery.

Sometimes may slow down. During data transfer, Smart Switch may get stuck. This is quite frustrating as you will have to stop the process and start over.

Since Samsung Smart Switch has some drawbacks that can prevent smooth file transfer, many users tend to look for alternatives to it. For this purpose, we have compiled a list of the best applications you can use for file transfer.

When it comes to Android file transfer, you can fully rely on MacDroid. The application is designed for macOS and, unlike Smart Switch, it supports all leading Android smartphones and tablets. With MacDroid, you can easily connect Android and Mac and move files from one device to another. The app handles various types of data, including photos, videos, and music, and even lets you transfer entire folders. 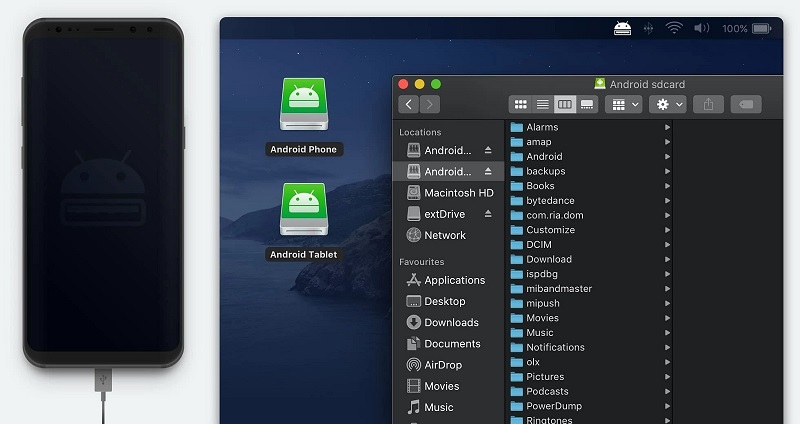 MacDroid is easy to use, no special cables or complex solutions are required. You just need to connect your Android device to your Mac using a standard USB cable. Once your phone is connected, you can access its files and folders right in Finder.

Wondering how to transfer data to new Samsung phone with MacDroid? Just follow these steps:

1
First, download and install the MacDroid app on your Mac.
2
Connect Android to Mac using the USB cable. 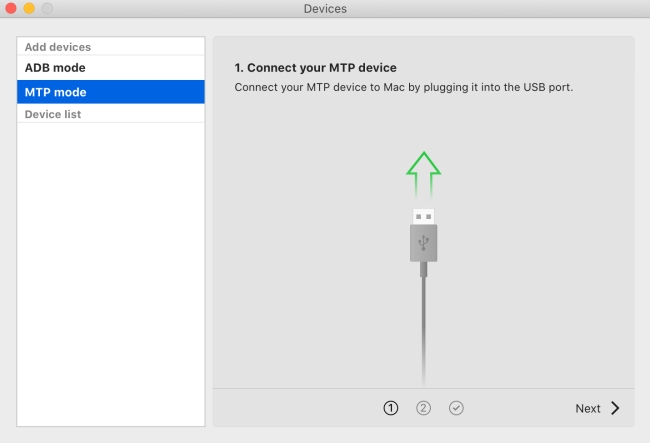 3
Open MacDroid and navigate the "Devices" menu.
4
Choose between MTP or ADB mode. 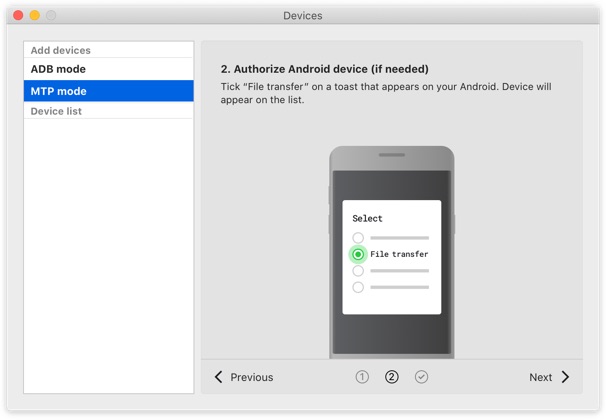 5
Follow the on-screen instructions to connect your devices.
6
As soon as your devices are connected, your phone will appear in the "Devices" menu.
7
Open it in Finder to browse files and move them to your Mac.

Dr.Fone is a set of tools for iPhone and Android devices. It allows you to transfer data from one phone to another, backup and restore data, and much more. One of Dr.Fone's tools is Phone Transfer, which helps you move your data from Android to Android, iOS to Android, iOS to iOS, and Android to iOS. The app is very easy to use. Once both phones are connected to your computer, you can start exchanging data. 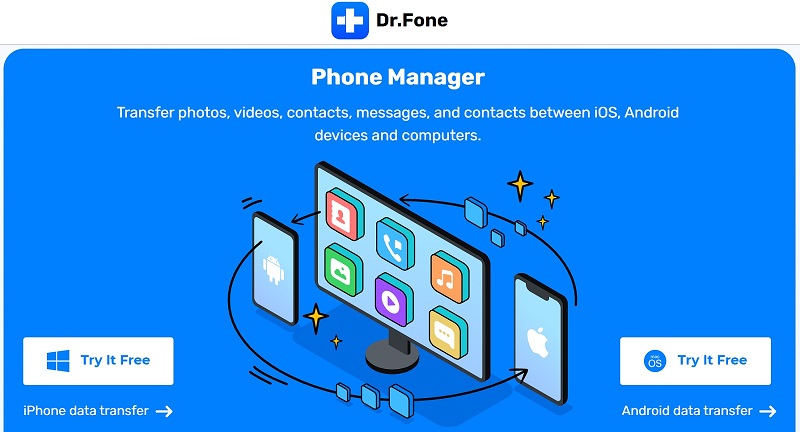 Wondershare MobileTrans is a phone-to-phone transfer solution that allows copying data from one phone to another. It supports transferring up to 18 types of data, including contacts, photos, apps, messages, videos, etc. Furthermore, MobileTrans lets users backup and restore data between phones. 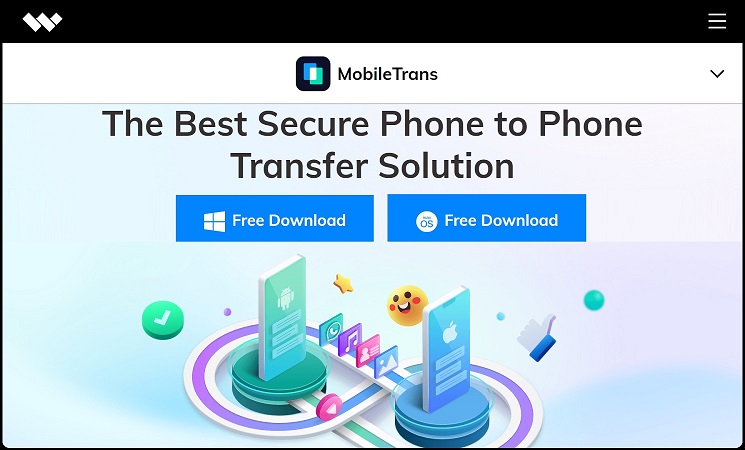 SyncMate is another alternative to Smart Switch for Mac. With this feature-packed solution, you can easily sync files between Mac and Android/iOS devices. SyncMate can sync media content and personal data, as well as lets users manage text messages directly from computer. What’s more, SyncMate can sync Mac with online accounts. 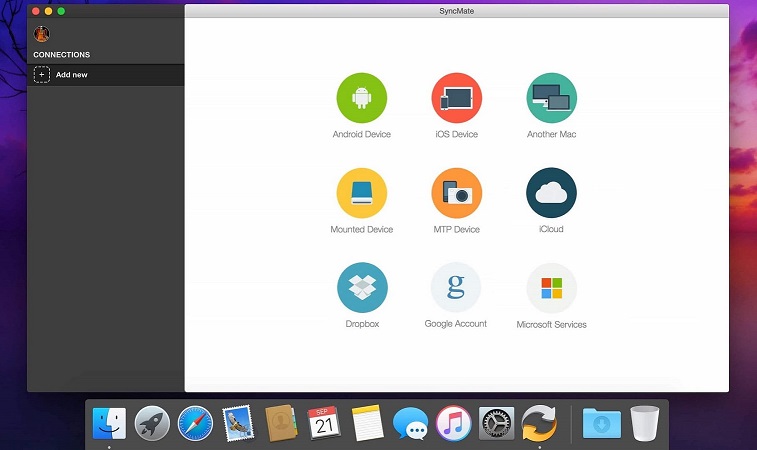 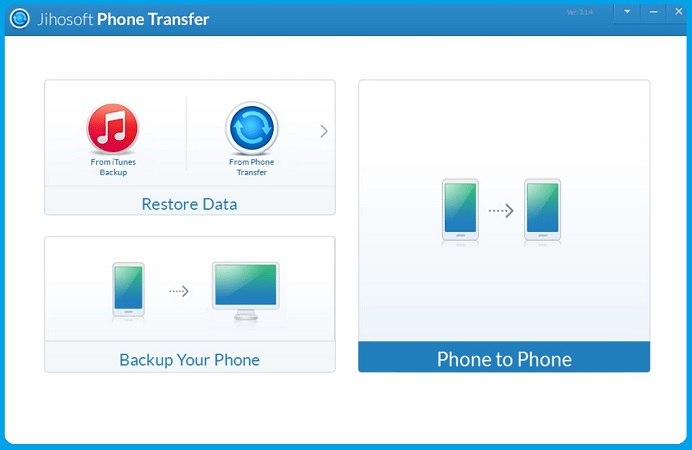 If you’re looking for Samsung Smart Switch mobile app, you can use CLONEit. It is an easy way to backup and transfer data and files from one Android device to another. The app is free and easy to use. You just need to download the app from Google Play store and install it on both your Android devices. The file transfer is carried out via Wi-Fi. 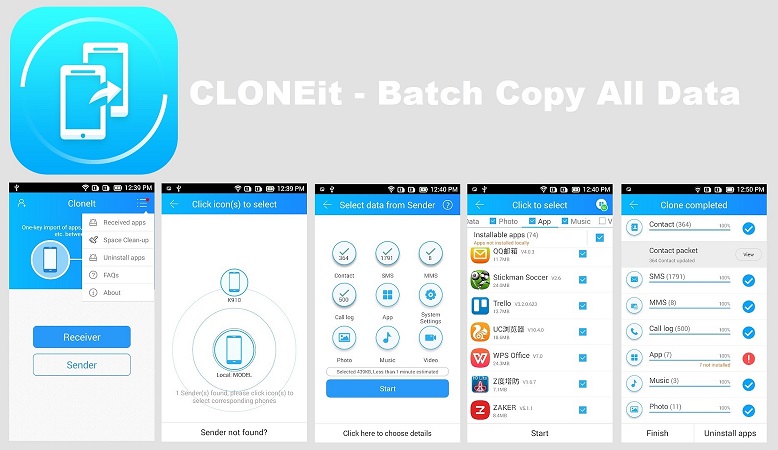 OnePlus Switch is a handy data transfer app. It can quickly transfer contacts, messages, calendars, call history, photos, videos and more to OnePlus phones. In addition, there is the backup and restore option. Transferring data from Android devices to OnePlus phones does not require a network connection. 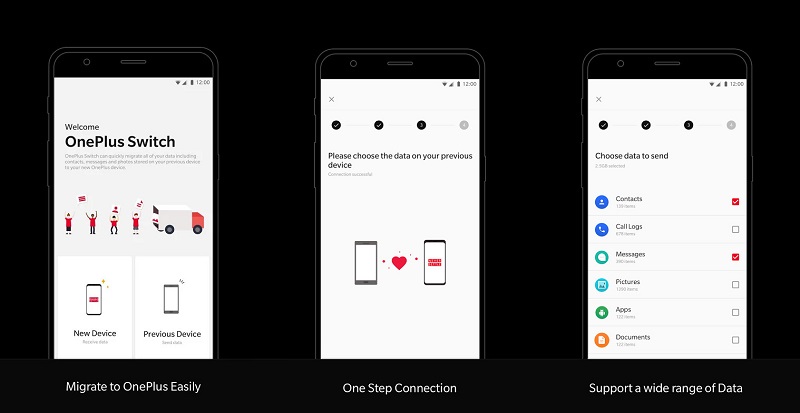 File transfer is easy with any of the above Smart Switch alternatives. They each have their pros and cons; some allow you to connect devices with a USB cable, while others offer a wireless connection. If you are looking for a fast and smooth transfer, check out MacDroid. It is a reliable and convenient app that works with all Android and MTP devices and doesn’t require any complicated solutions.

Is Smart Switch available for Mac?

Yes, there is a Samsung Smart Switch for macOS that you can use to back up your Samsung to computer.

How do I connect my Smart Switch to my Mac?

First, download Samsung Smart Switch from the official website and install it on Mac. Connect your Samsung phone to your computer and open the Smart Switch Mac app. Once your device is recognized, you will see backup, restore, and sync features.

There is no Smart Switch app for iOS devices. Samsung Smart Switch is only available for Android, Windows PC, and Mac.

Is Smart Switch only for Samsung?

While you can transfer data from a phone or tablet of any brand, the target device should be only Samsung. If you switch to another Android phone, you should look for Samsung Smart Switch alternative.
MacDroid 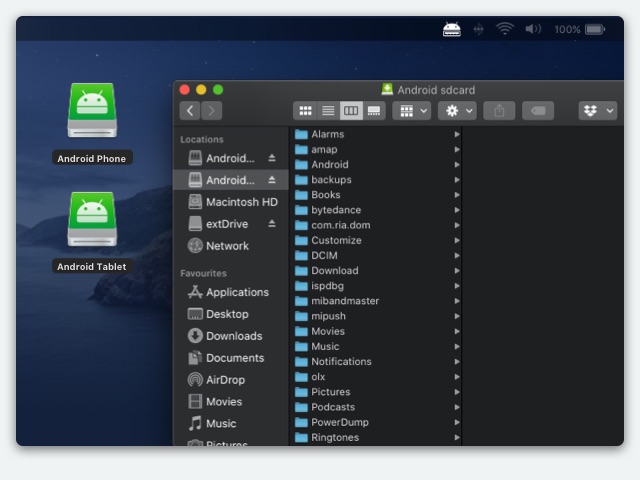