QuickTime offers a great variety of features and functionality, however, sometimes Mac users may face the issue when the file isn’t compatible with QuickTime Player or simply it won’t open. In this article, we have analyzed what causes the playback error, considered possible ways to eliminate them and provided you with several ways to get around this situation.

If after trying to solve "this file isn't compatible with QuickTime Player" issue you still can't play the file you want via QuickTime, we recommend taking a closer look at Elmedia Player.

QuickTime Player Not Working When Trying to Open Files

Most Mac users are happy using the basic programs pre-installed on the operating system, such as Music, Movie, and OneDrive. But those who expect greater functionality from their media players might find that, occasionally, their QuickTime Player won’t work when trying to open different file types.

"Older or specialized media formats might not work in your app, because the format requires software designed to support it. If that happens, your app won't open the file or won't play back its audio or video."

With such a range of accepted file types, it’s surprising and frustrating when QuickTime can’t open a file. There are several reasons for this error and below we will consider each of the reasons in detail. 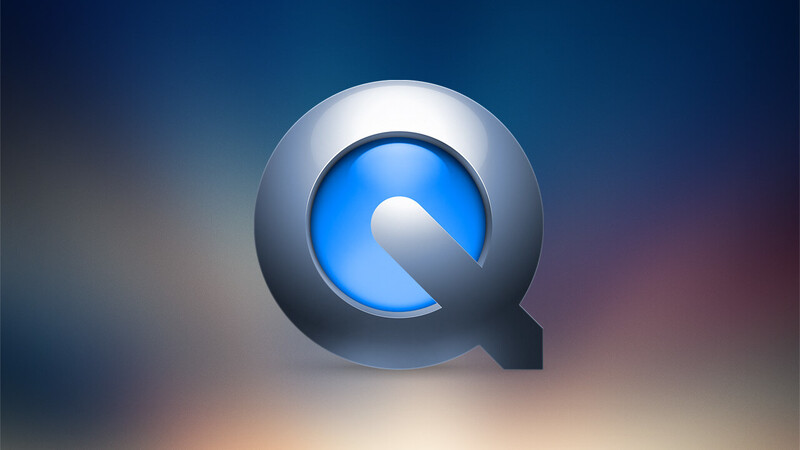 Compression creates playable videos by adjoining audio and video files. Interpreting the adjoined files requires an algorithm called a codec, used by a media player when opening the compressed files.

A codec differs from a file format. Even if your video file is compatible, QuickTime Player may not be able to read the file’s codec, which interprets the data in the file into a playable video.

It’s easy to learn a file’s codec and whether that’s the source of the QuickTime error: 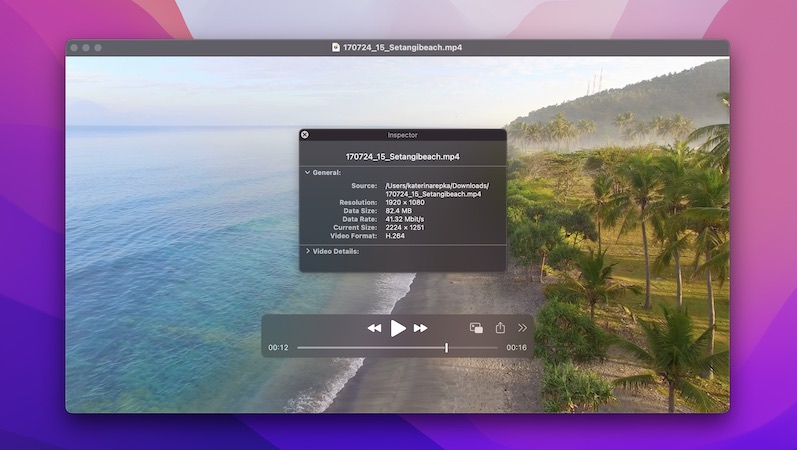 1
Open the file in QuickTime.
2
Select Show Movie Inspector in the Window tab. 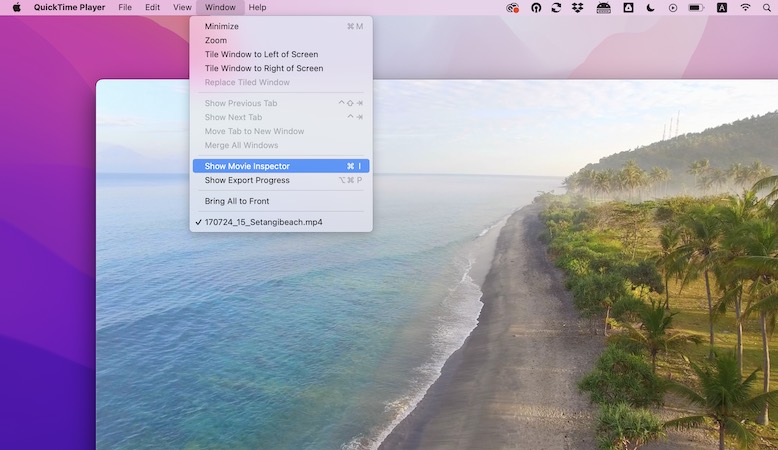 3
Find the codec in the Format section.

When QuickTime Player doesn’t support your file’s codec, you can use a program to activate the right support: DivX, Xvid, MPEG-2 Playback Component, or Autodesk.

If your QuickTime Player has frequent errors or doesn’t seem to run as reliably as it used to, it could be a simple fix. Like any other software, developers will drop updated versions with optimizations and patches for bugs and issues. In the course of your day, you may accidentally disregard system notifications asking you to update, but that doesn’t mean you have to uninstall and reinstall the QuickTime Player.

Next time you’ll see the "video not compatible with QuickTime" error or QuickTime won’t open, try this: 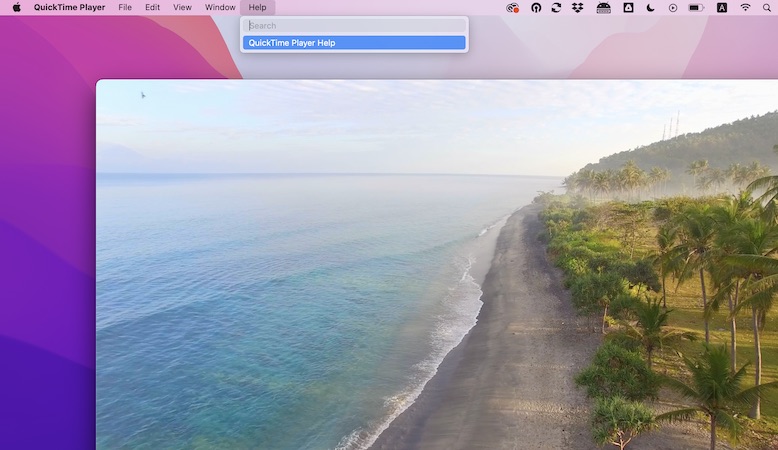 Old and outdated software can cause issues with playback, but it’s an easy fix to stop what’s causing your QuickTime Player not playing video.

The file extension on a video tells you what kind of data is stored in the file and the media player you can use to open the file. If you see "the file isn't compatible with QuickTime Player" message, there may be an error in the filename–they’re easy to edit, so mistakes can happen.

Use a free tool such as MediaInfo or FileAlyzer to take a closer look at the files you want to open with QuickTime Player. Confirm that the file type is one of the many compatible formats, and make sure the extension in the file name accurately reflects the file type. 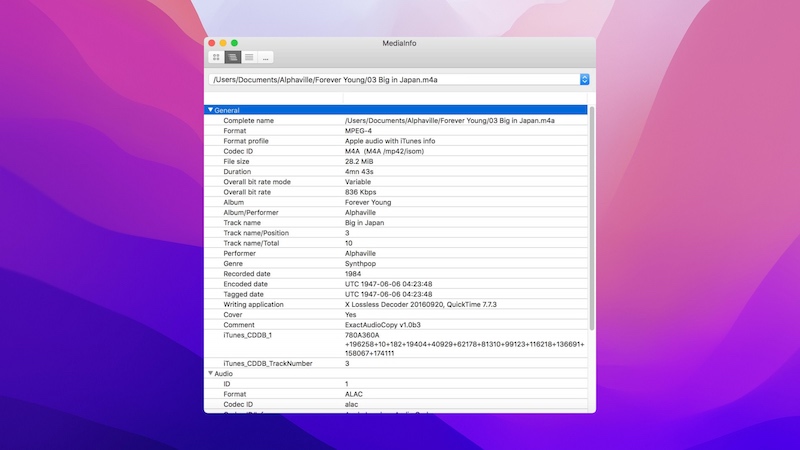 File corruption may be the cause if QuickTime won’t open .mp4 or .mov files

The fastest way to check for file corruption is to use another free media player to open the file, such as Music or VLC. By double-checking the file with other applications, you confirm the problem is not because of a QuickTime Player error but a file error. A corrupted file doesn’t automatically mean the data in that file is lost forever. File repair programs (many of which are free) can resolve issues with file corruption.

Yodot MOV Repair can fix .mov and MP4 files, and it might help with Divx, Xvid, and AVI video files. Before giving up on a file, download and try Yodot. 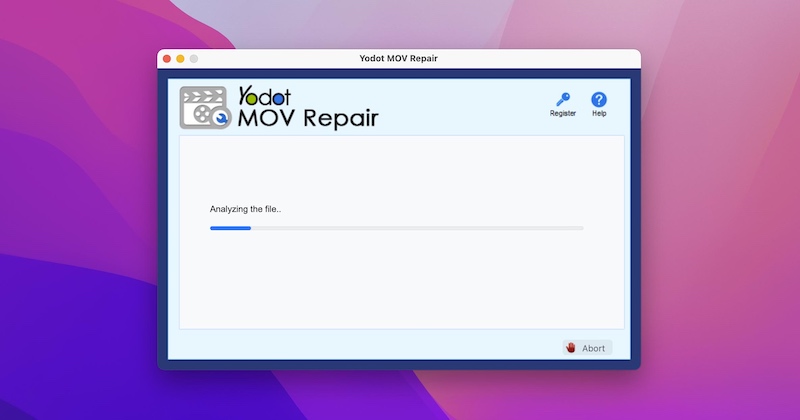 Sometimes the reason for QuickTime playback failure may lie in system problems. For instance, a virus or malware can be the reason for QuickTime Player not playing video issue. That’s why it is highly recommended to have reliable antivirus software and periodically scan your system in order not to miss and in a timely manner get rid of a virus located on your Mac.

Searching for the Apps That Can Open the File

Most likely, there is a necessary app already installed on your Mac computer that can help you with opening the file. Follow this guide to find the right app: 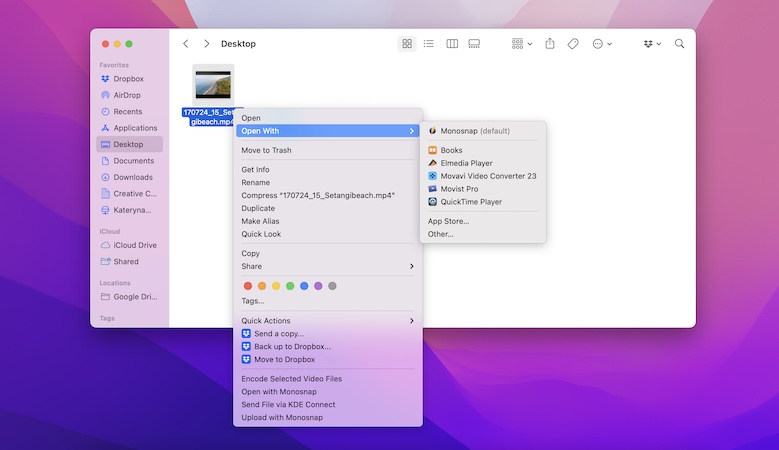 1
Locate the file in Finder and right-click it.
2
Select the "Open With" option from the context menu.
3
A list of all installed apps will be suggested by your Mac computer thinking that they can help you dealing with the issue.

In case the above method didn’t work and none of the apps could help you, try to find the apps that can handle suck kind of format or can convert it to another one. Search can be performed on the Internet or Mac App Store.

Despite being one of the great open-source media player with support for a large list of media formats, QuickTime is not perfect. From time to time Mac users face up with this file isn't compatible with the QuickTime player issue, meaning that some formats are still not supported by QuickTime.

For your consideration, we have gathered the list of formats that are one hundred percent supported by QuickTime:

Besides that, you can make the list of supported formats wider by just installing additional codecs in order to solve the "file not compatible with QuickTime" issue.

Ways to fix the Issue — Our Advice

If you still face incompatibility issues and none of the above ways help you then it’s high time to use conversion tools. However, finding the perfect solution with an easy-to-use interface and support for a great number of video formats is not an easy thing.

For your convenience, we have tested and analyzed hundreds of solutions and came up with the list (based on user rating in the Mac App Store) that can help you solve the file isn't compatible with the QuickTime Player issue, namely:

Switch to another media player for Mac

In case you have to regularly deal with video formats that are not supported by QuickTime Player, another best option is to install a third-party player for Mac. You can easily make it a default video player and forget about QuickTime won't open the file you wish to watch.

We can recommend the following alternatives from the top ones in the App Store based on the list of features, availability (free versions), and the amount of positive feedback from users, namely:

As you have already noticed, QuickTime can play almost any video but, unfortunately, there can be incompatibility issues and you may find QuickTime won't open. In our article, we have tried to provide you with the necessary information on how to fix this issue as well as gave you some advices for your consideration. All the mentioned above methods are easy to follow and aimed to solve the problem within several minutes. And how do you cope with the QuickTime Player not playing video issue? Leave a comment below.

What to do when QuickTime Player cannot open files?

There may be occasions when you try every recommended solution. You still can’t get a file to play due to QuickTime Player errors. In those situations, it’s easiest to find another media player. This solution will also ensure it’s not an issue with file corruption.

Try a popular media player like Elmedia Player, VLC, MPlayerX, or 5KPlayer. They support most media formats and can open any file regardless of codec. If you want to learn more about alternative free Mac media players, read our VLC Media Player review. It highlights our favorite features and answers common questions about the player.

Where is file on QuickTime Player?

There are several ways to add audio or video file to QuickTime, namely:

Why is my MOV file not compatible with QuickTime?

The most common reason for a MOV file not being compatible with QuickTime is the codec used to encode the audio and video files during compression. If the codecs aren’t compatible, the QuickTime Player won’t open the .mov file. Using QuickTime’s open architecture, third-party developers can create components or plug-ins to modify QuickTime to enable it to play the file with the codec in question.

Why is QuickTime not compatible with MP4?

Similar to issues with .mov files, if the QuickTime Player won't play MP4 video, it’s most likely because the video compression used an incompatible codec. You can use a more powerful media player that supports the file’s codec or try another free media player such as VLC to see if the file’s compatible. Or, you can use software or an online tool to convert the file’s codec to one with broad applications, such as H.264.