Disk Order vs Commander One – which file manager is more for you?


How much do you need from a file manager? Not so much: find a file, open it, move it somewhere, copy, make an archive, etc. It sounds simple, but, unfortunately, not everyone is up to the task of creating a simple and good file manager. With Commander One everything is possible. Try the app and benefit from its features.

Dual panel file manager for Windows has always been around and has a great reputation (we are talking about Total Commander). But when it comes to Mac OS, dual-panel file management is still developing, however developing fast.

There are a number of file managers for Mac OS, that can be a Total Commander for Mac, but how good of an alternative? In this article we'll compare Commander One and Disk Order that are both dual panel. We'll compare the connections they offer, how many additional features they have, how flexible they are. Read on and decide which suits you better. 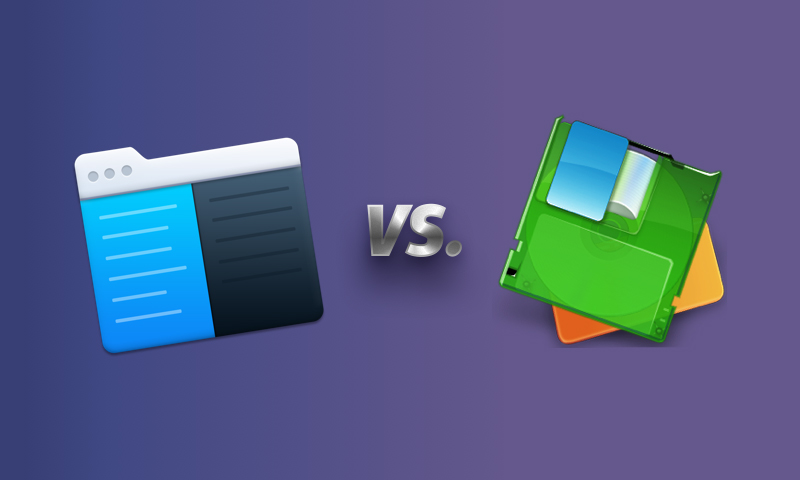 Commander One is written in Swift and has a clean and customizable interface. It features a neat switch to hide and show hidden files. Disk Order handles lots of files and connections also. It is also pretty fast as almost all tasks can be performed with keystrokes or a couple of mouse clicks.

You will find it rather convenient to be able to open multiple tabs in each panel of the reviewed file managers, so that you don't have to close any folders in order to open new ones. Work with as many locations as you need! Both file managers offer bookmarks (favorites).

Sorting can be done by 5 parameters in Commander One and by just one parameter in Disk Order.

Commander One supports search with RegEx, while Disk Order doesn't have such feature.

Disk Order has a fully featured 30-day trial period. After it is over if you like the app you'll need to buy a license. Commander One is a free file manager for Mac OS X with a basic functionality. In case you need extended features, you should consider buying a license.

1. What is the best alternative to Disk Order?

There are plenty of third-party alternatives to Disk Order. They all have their pros and cons. We recommend you Commander One - an efficient alternative to Disk Order with an impressive set of enhanced features to facilitate your file management.

2. How to choose the best file manager for Mac?

The ability to compare files/folders between sections without opening two or more windows, ability to connect to remote servers and cloud services, work with different archive types, etc. There is no correct answer, as the requirements of people are different and they all search for what is the best for each of them.

3. What's the price of Commander One?

You can use either a free version of the app or pay $29.99 to unlock Pro Pack and have access to the most advanced features for more complex tasks.

4. What's the price of Disk Order?